A Reflection of Life 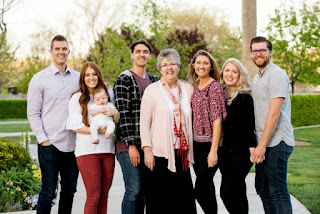 In December 2016, my beautiful daughter, Rebecca, received her mission call to serve in the California Rancho Cucamonga Mission for the LDS Church. This was following a year of intense preparation, which included several delays because of her health. After receiving her mission call, she had just 5 ½ weeks to get ready to enter the Missionary Training Center. She and I had an unbelievable time getting everything completed in time for her to begin her missionary service.

Throughout her preparation time, Rebecca’s dad, John, was enduring an aggressive brain tumor, and all that came with that. She said “goodbye” to him before she entered the MTC, knowing she probably would not see him again. It was very complicated for her to process emotionally.  Notwithstanding, she was a trooper through it all, and held her head high. She entered the MTC on January 11, 2017, and began her wonderful missionary service with amazingly high hopes. She loves the Savior, and loves people, and I was continually hopeful and prayerful for her success, her well-being, and her spiritual growth. 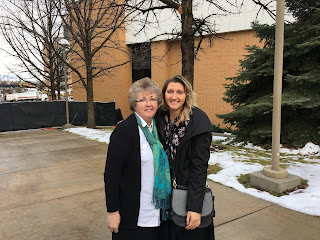 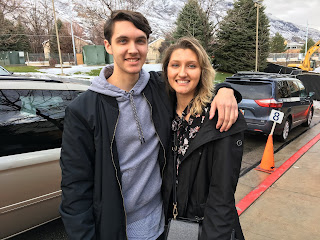 A couple of weeks after Rebecca’s mission began, my son, Spencer, became very concerned about his dad. At the time, John lived in Salt Lake City, and Spencer felt very helpless in knowing how to support his dad during his serious illness. On January 31st, Spencer and I drove up to SLC, and brought John back to St. George to be with his family. We knew that his days were numbered. And yet, upon arriving in St. George, John had an initial surge of energy and optimism. He loved being with his sons and daughters-in-law. He began to talk about his future, and have dreams for his family. He had wonderful conversations with his sons. But this hope became short lived, and after several days, he began a downward spiral of excruciating pain and unbelievable physical distress.

On February 12th, in the middle of John’s rapid deterioration, my sons and their spouses completed preparations to admit him to the St. George Rehabilitation Center. On that same day, my own dear mother suffered a hemorrhagic stroke. She had been under the weather all day, resting on the couch, and after a miraculous phone call from my brother Mark, who figured out that something was seriously wrong, Preston and I finally took her to the ER. After an hour in the waiting room, she was finally admitted, and then it was several more hours, after myriads of tests, before the ER staff came back to inform us, in the wee hours of the morning, with the news that she had bleeding on the brain. My own heart almost stopped. They immediately admitted her to the ICU. Thankfully, my sister Selma and her son Jacob arrived soon after, which helped take some of the stress and pressure off my shoulders.

And, so began an intense period of our life, during the year 2017, a year that we are so grateful to have in the past.

With John rapidly declining in the rehabilitation center, and my own mother recovering and gaining strength in a different rehabilitation center, our lives were overwhelming to say the least. Every day, on my way home from Dixie State University, I would meet my youngest son, Preston, and we would visit my mother at the hospital or rehab. Whenever possible, I would also go visit John.

Spencer and Gentry, and Ben and Lindsay, took major responsibility to care for John, visiting him before and after classes and work, as well as during lunch hours. They decorated his room, and brought joy and sunshine to him during his final days on earth.

The time I had to sit by John’s bedside, as he lay suffering with excruciating pain, gave me time to pause and reflect about life. I thought a lot about the past, about the beautiful family that I had been blessed with. I cried inside as I looked at my former husband, who walked away so many years ago, and missed out on years of love, laughter, joy, and simple times with family. I had deep and intense feelings of reflection. I had so many memories of my children and their growing up years, years that were very difficult for me as a single mother. My feelings were intense and complicated. And yet, somehow through it all, I felt peace.

I had time to think about my dear son, Spencer, who during his own missionary service in California, wrote me an email and asked me to send him contact information for his dad. When I received Spencer’s email, I was not surprised, as I had felt for a long time, that there would be a softening of hearts during his mission, and somehow, I knew that the father-son relationship would begin to heal during that time.

Ben, who was also serving as a missionary in England at the time, through communications with Spencer, also began emailing his dad. This began a joyful time for all of them, in renewing relationships that had long been on the wayside of life. After each of them, in turn, finished their missionary service, they were able to renew their relationships with John even more, and spent time getting to know the father that had long been a stranger to them. John was able to come and share in the joy when Spencer and Gentry were married, and again, when Ben and Lindsay were married. 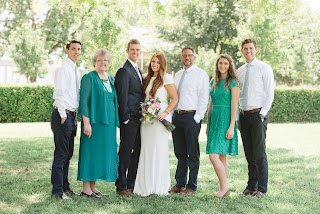 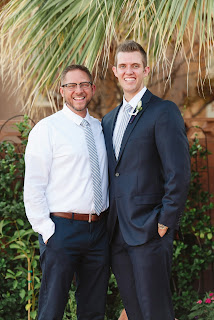 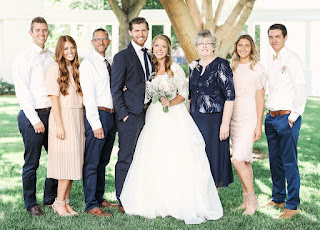 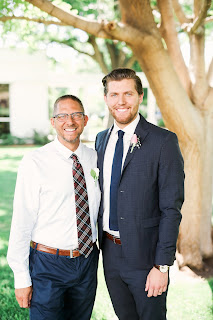 During John’s final weeks on earth, my tears flowed at times. When everything seemed to be too much. I would find a corner and literally become living proof of one of my favorites quotes by Albert Smith, “Tears are the safety valve of the heart when too much pressure is laid on it.” At other times, I had to grit my teeth, and bear it all. And then other times I had to simply go through the motions, and not feel anything at all.

As John kept declining, reality was often poignant and sobering. And, yet, there were a few tender memories during those last few days and weeks. One day, as I sat by his bedside, he grabbed my hand, and expressed some gentle and loving feelings. Another day, he grabbed my hand again, and said, “I’m sorry. I’m sorry. I’m sorry…” I told him it was okay. There were simply no other words. I had spent much of my life pondering and reflecting about our lives together and apart, and the extreme sadness that we had all experienced. And I had prayed constantly for the ability to forgive him, to let go of the years of hurt and despair that had been a part me for so long. Yes, I felt all of that long before those few final moments with him arrived.

After several weeks, John Allred was called home during the early morning hours of March 10, 2017. With his last breath, he crossed the veil, and was finally released from the pain that had plagued him for almost eighteen months. A short time later, as Spencer, Gentry, and I gathered around his bedside to bid farewell to his mortal body, a nurse came in and told us that she was the one who checked on him during the night. She told us that when she found him, it was very peaceful in the room. She also shared with us that he was facing the window, and she noticed a tear falling down his cheek. She had never seen that before.... 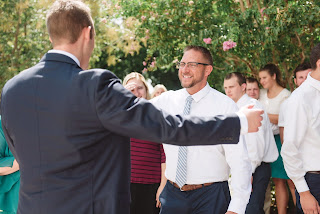 When I arrived home from the rehab center that morning, I pondered about how John was facing the window, and I thought about the tear on his cheek. And then I began to feel that he was in the Savior’s arms, that the Savior had called him home, and was finally holding him and taking care of him. I knew that John was beginning to see the light, and would be released of the many ailments, both physically and emotionally, that had plagued him throughout his life.

And as I pondered that, I felt a deep and abiding love from the Savior, and I had pure knowledge that judgment was not mine. And as I felt that, I felt peace once again….

Nancy Allred
St. George, UT, United States
Dr. Nancy Allred is Professor of Music and director of piano studies at Utah Tech University. An accomplished soloist and chamber musician, she is a distinguished collaborator of vocal, choral and instrumental music. She holds advanced degrees from Brigham Young University and the University of Missouri. She is the mother of three sons, one daughter, two daughters-in-law, and two beautiful grandsons!